What a magical weekend away! I think I may never come down from this conscious cloud nine…

For those of you who don’t know, Spirit Fest is an annual 4 day conscious festival which includes almost every type of yoga, meditation, dancing, workshops, talks, food and all sorts of other beautiful lifestyle stalls. There’s literally something for everyone of any age group. Even if you’re not into yoga, there’s hiking, swimming, massages, shopping…

This year’s festival was at a new venue called Somerset Gift in Swellendam – it was absolutely heavenly. Lush. Rivers and dams and waterfalls run in between the green mountains and fields. The venue was very spaced out – so walking between the yoga tents, stalls, ablution area and camping areas meant tons of walking up hill and down dale. Needless to say, my whole body is extra stiff today, but I’m not complaining! 🙂

I arrived on Friday afternoon and was delighted with a light drizzle, which cooled everything down. I had been up very early and gone for a run, so after the drive I was ready for a nap. There’s something so comforting about lying in a cozy tent and listening to the pitter patter of rain outside. My mom and I were sharing a “glamping” tent – which meant we could just arrive and everything is nicely set up for you – raised beds with clean white linen, a table and lamp. 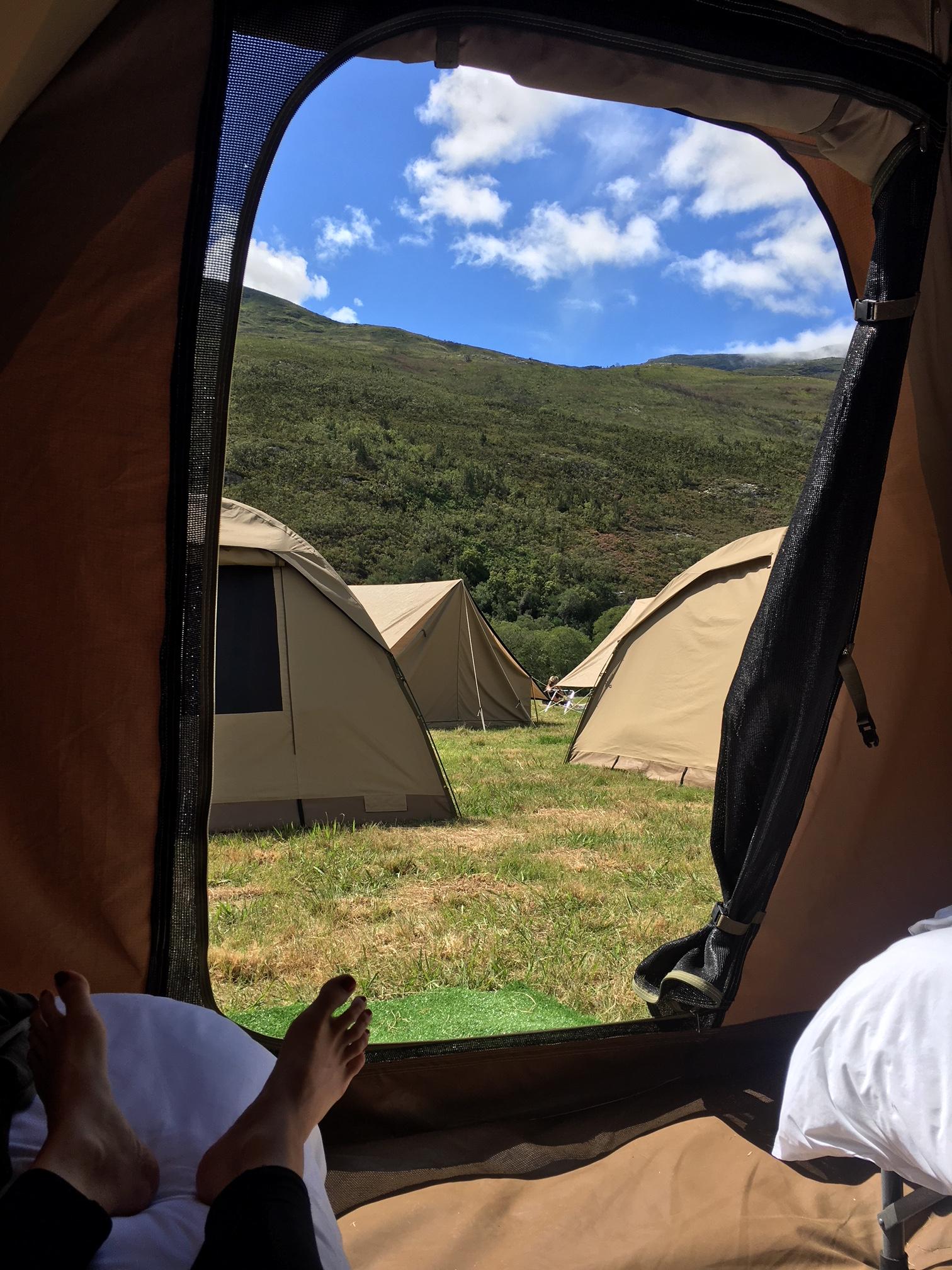 My first class was on Friday evening – a Kundalini class with Anton. At last year’s festival, Anton taught a very challenging class, so we were all psyching ourselves up for some another killer kriya. We were pleasantly surprised when he taught a pranayama kriya – which is lots of breathing exercises and meditation. It was the perfect start to the weekend. It meant that we had lots of energy to dance under the beautiful full moon to DJ Eppelsauce.

Spirit Fest is a conscious festival – no alcohol or drugs allowed. It’s so refreshing to see people of all ages dancing and really expressing themselves: genuinely being moved by the music – not a foreign substance.

After a delicious gluten & dairy free pizza and a good dance, we were ready for bed at 21:30. The food stalls are amazing, by the way. All vegetarian and vegan, but so much variety… and excellent coffee too. (Yogis need something besides breath to keep them going from the crack of dawn!)

On Saturday we were up at 04:30 to get ready for 5 o’clock Sadhana. It was my first time doing Sadhana – the early morning Kundalini practice of a short kriya (exercise/asana set) followed by an hour of chanting. I didn’t know all of the mantras, but I mumbled my way through none the less. It was very special to experience with my mom.

Our next class was another Kundalini class with guest teacher Amanbir from New York City. Wow. I wish I could show you videos, so you could see some of the magic. What a special teacher – he literally radiates love. It was so much fun (yes yoga can be fun!). By the end of the class, I was soaked in sweat, smiling ear to ear and pulsating with energy.

After breakfast we did a beautiful mindful yoga and meditation class with Linda. It was so gentle and relaxing, that I nearly fell asleep twice! The perfect balance after raising so much Kundalini.

I spent some time walking around and took a cooling dip in the river. Then I did a pranayama and meditation class with Mukesh – a master teacher of The Art of Living in Cape Town. The breathing techniques were simple and calming and the meditation was pure bliss. It’s so funny that a year ago I would have been quite resistant to all this Kundalini yoga and meditation. I was more interested in go, go, go… push the body, get into crazy asanas and that’s that. While there’s nothing wrong with just doing yoga for the sake of asanas which may lead to a nice ass… There are so many deeper layers to peel back and explore, which will further enhance your life and your yoga practice in very meaningful ways.

In the afternoon, my mom taught a workshop in the women only Red Tent, called Healing the Wounds of Love. It was a beautifully thought out class focusing on the second chakra with lots of interesting information woven in. As always, I was left with a sense of awe at this wonder woman, who is part guru to me and also my blessed mother. We had such a special time together this weekend.

After the workshop, we wolfed down dinner to fuel us for an evening of conscious dance with the famous Brian and then a concert from the even more famous Manish Vyas. By 21:00 we were completely wiped and called it a day.

On Sunday morning, we decided to “sleep in” (6am!).  My first class was a Vinyasa yoga class with two of my favourites, Justine and Ros. It was a simple, “back to basics” sequence, which was the perfect start to the day. Concentrating on the breath was the theme of the class, which led into a half an hour of Noble Silence (which only about half the festival knew about or chose to observe). Chatty yogis! 🙂

Next it was Ilana’s Kundalini class. Her class is always a “bring down the house” showstopper kind of class. Once again, only being there, or maybe watching a video, could convey the energy and high vibrations which were generated. It was epic! If you havent done Kundalini before, or you’ve merely observed or half-heartedly participated, you are cheating yourself of the most potent medicine. For any ailment, there’s a Kundalini kriya or meditation. And boy do they work – better than a pill… but you have to do the work! (Ok ok I’ll stop preaching. Sorry!)

Just before we started Ilana’s class, my mom bumped into an old student of hers and found out that my mentor when I was a teenager (who we had actually been talking about the previous day!) had committed suicide some time ago. Nancy was the woman who started my fitness journey when I was 15, introduced me to Muay Thai, who helped me to find the warrior within and the woman who stood in my corner during fights. I haven’t had contact with her in years, as she moved back to London and we lost touch, but it was still devastating to learn of her death. I dedicated my practice to her and especially the closing song which goes: “May the long time sun shine upon you, all love surround you and the pure light within you, guide your way on.” I sang with all my heart, sending love and healing and gratitude to her soul as the tears streamed down my face. And then I felt fine.

Half an hour later it was time for my final class – a Forrest Yoga class with the beautiful Lara, who I featured on the blog a few weeks ago. It was the perfect, grounding antidote after all the Kundalini energy. We worked strongly and deeply, moving to a stunning playlist. I couldn’t have asked for a better ending to my weekend.

I wish I could have stayed longer and relaxed some more, but I had to get back to work. 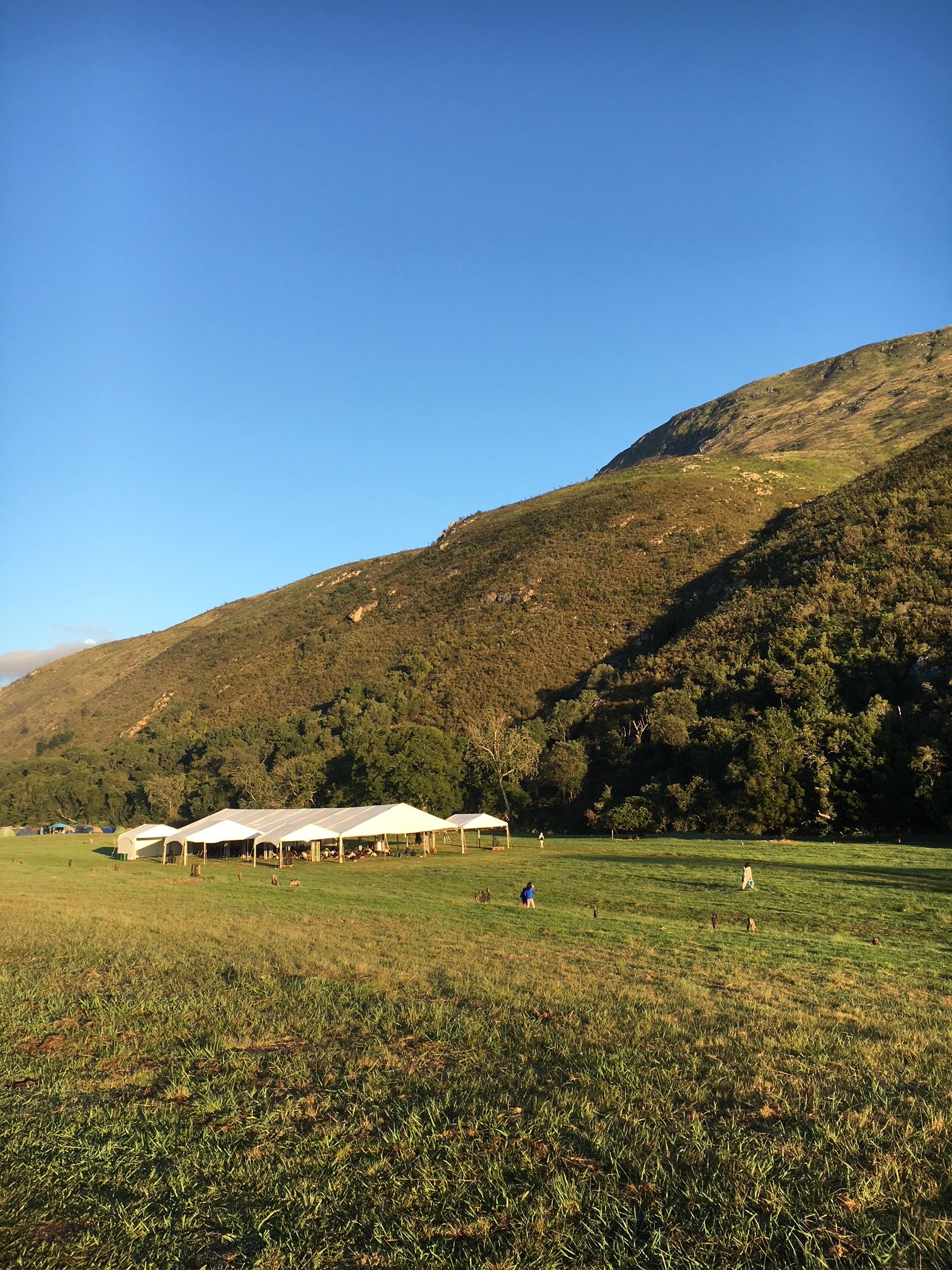 Not even a major crash on the N1,which turned my would be 2,5 hour drive into a 4 hour trip, could shake my zen state of mind.

I feel like my mind, body and soul have been recharged. I am so happy and inspired. Thank you so much to Ilana and Anton and the rest of their team for putting on such a magnificent festival. And to all the other teachers – thank you thank you thank you. My only wish is that I didn’t have to wait a whole year to do it all over again! Namasté and Sat Nam. xoxo